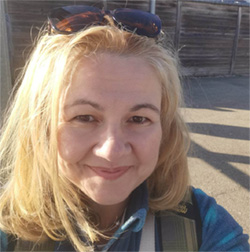 Melon taught me what I want from my work environment.

Eva Ognyanova joined Melon as a .NET developer in 2003. She studied Industrial Engineering in English at the Technical University of Sofia. Back then programming was just a hobby, which she found exciting to master. Java was the first programming language Eva ever learned and step by step, she became more and more interested in the IT field. “There is a saying that is a cliché but a hundred percent right for me – choose a career that you love, and you’ll never feel like you are working,” she says.

Eva first became familiar with Melon in 2000. She had recently decided to leave the company where she was employed at the time. The girl who arrived to replace her was a former Melon employee and provided further information about the company. "One day, a friend of mine asked me: "Why don't you apply.” Melon had no more than 5 employees. And so, twenty years ago, I joined the team as a Junior Developer," Eva says.

12 years after she joined Melon, she left and started working at another company as a database developer because she wanted to shift her focus a bit and try something different. In 2019, five years later, Eva returned to Melon. “Here, I feel like I am a part of a family. Here, I have grown both professionally and as a person. Melon taught me what I want from my work environment. I had searched for the same environment in other companies, but I couldn’t find it, so I decided to come back.” Eva says.

Some of the teammates she is working with are the same Eva has been working with for 20 years, however, there are many new faces because the company is growing. Now it is 300 strong. Which is quite different from being the 5th employee. Still, she claims that the pleasant atmosphere, the nice way people are treated, and the approaches used to solve problems are the same and as effective. “Now, Melon is changing even more rapidly because of the Kin + Carta acquisition. It might be stressful sometimes but still, it is interesting and different because it is an evolution,” she says.

Eva has also changed a lot. When she joined the company, she was still a child, and her character, her approach to people, and even her taste in music have transformed. She gained confidence and overcame her fear of speaking in front of many people.

The most interesting project for Eva was Wigadoo and she worked on it many years ago, at the dawn of Facebook. Wigadoo was a type of social network to organize events, birthdays, and parties online. It enabled users to collect money from participants and store it in a digital wallet, which was cutting-edge at the time, and it was only one of the application's many intriguing features. Users could integrate their whole Facebook friend list and send messages to one another, which wasn't yet common. The project's  team, which was made up of people from England, Ireland, and India, worked on it with enthusiasm and grew close with Melon's software development team.

The most challenging project Eva has worked on was called Bridge Hit Portal. The platform doesn’t exist anymore, but she found it interesting and difficult in terms of the software technology because she had no prior knowledge of how bridge is played and had to learn everything from scratch. “I felt like I needed to know the rules perfectly so I could pick up any mistakes and gaps,” she says. Happily, Eva’s team and some guys were familiar with the game and were able to help her out. “Every project has its challenges, whether related to the tech stack or to the clients communication, however, I honestly think that I am lucky since I keep coming across cool clients,” Eva laughs.

At Melon, she discovered what a team is, how to collaborate with others, and what solid relationships mean. Even if she leaves Melon, she now knows what to look for in other software development companies. Eva admits that Melon has a significant role in who she is and that she wants to maintain her enthusiasm for her work. "I wouldn't want my job to become a habit that I want to check off to finish my day sooner," she says.

Eva is proud that throughout the years, she outdid herself in many ways she never thought she could. “Walking my professional path, I've encountered things that I thought weren't for me - like speaking in front of people. But I've gotten over that, too. I am proud of myself for not giving up and for not saying "no" to tasks that brought me a lot of stress. Also, for being put in a position to be a team lead. I thought that I wasn't qualified for this position, but despite my fears, I'm getting feedback that I am doing my job right. That's a bar I've jumped over,” Eva says.

Her advice for the new people joining Melon is to appreciate the journey they are on, study wisely, and take their time rather than expect immediate results.

Eva loves dancing. She used to do swing dancing for more than three years, but now she performs belly dance. She has also been practicing yoga for a long time. Eva enjoys going on long walks, visiting the seaside, hanging out with her family and friends, and traveling to new places. "I love Easter and Christmas. Oh, and I adore soap operas too," Eva laughs. 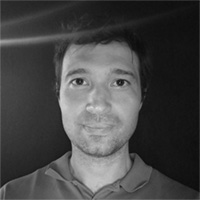