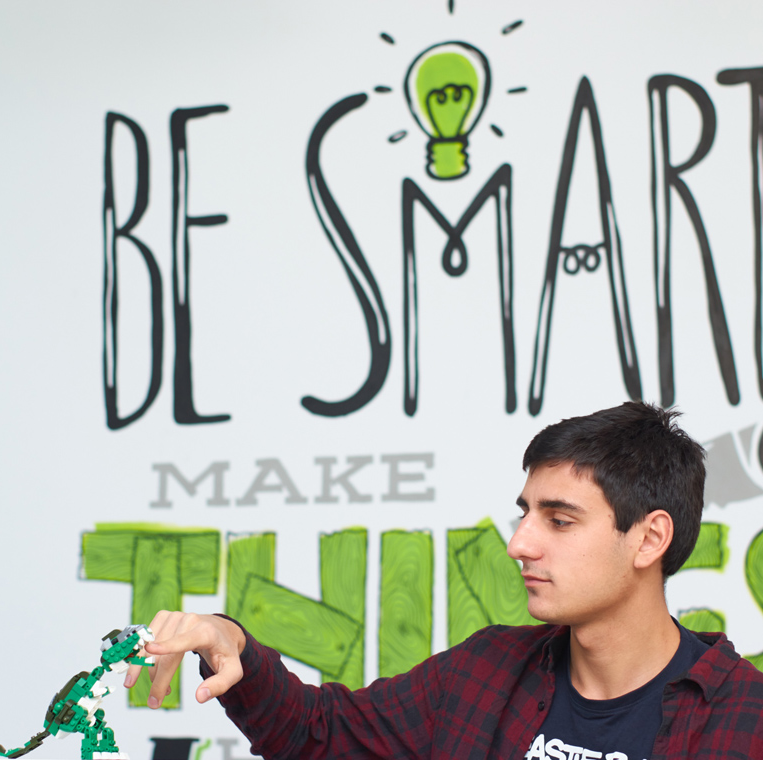 Melon is a very flexible environment made of cool people and opportunities to learn and grow.

Velichko started at Melon as an intern in July, 2014 and by the end of the year he had become a junior developer.

He began at the Android team but quickly moved to web development with Ruby and JavaScript. Afterwards he joined the Cross-Platform team and now he’s back to Ruby.

He says he experimented with different technology platforms and programming languages out of curiosity. Most of the time, to him, they don’t matter much. What he’s most intrigued by are databases and business logic.

Velichko is still studying – he is currently enrolled in the Electronic Management master program at the Technical University of Sofia.

So far, At Melon, he has worked with American and German start-ups. With all of them, the software development methodology has been agile.

The project he enjoyed the most was a mobile app for a US based start-up that allows people to get paid for the reports on the places they have been to. It contributes anonymous background location data for consumer movement research supported largely by community businesses and city planners, who need more accurate information to make better decisions about locating stores, services, and infrastructure.

Velichko says that at Melon he has grown a lot in terms of knowledge and technological skills. Also, he has had a glimpse at the bigger picture of the IT business. He says that he has seen how crucial client service and management are to a company’s success. “It’s not only about coding.”

Velichko has realized that the developer’s job is very cool. He enjoys working with the rest of the fellows and with people from around the globe. He says that the environment is very flexible and drives him forward all of the time.

“Especially in software development, you have to keep learning. Otherwise you will fall behind very quickly,” Velichko says. “Which I like a lot.”

Also, Velichko is a volunteer trainer at several free workshops. Every Sunday afternoon he teaches kids how to make their ideas come to life using technology. They gather together at Melon’s HQ and besides coding, learn how to edit videos, create powerful presentations and make use of graphic design software.

Further, he’s a mentor at two other free and open source workshops for girls with no or very little knowledge in programming – Rails Girls and Django Girls. Their idea is to make technology more accessible for girls.

Besides teaching how to code, Velichko loves travelling. He spent five months in the Czech Republic and from there visited many European countries. His next destination is Portugal, again for five months and again as an Erasmus exchange student. During those periods he takes unpaid leaves from Melon.

But that’s not all. Velichko loves playing basketball and reading sci-fi and fantasy. He is fascinated by urban subcultures and all the city-born communities and trends like hip hop graffiti, straight edge, punk, etc. And when travelling, he looks for the local sub cultures.

At Melon, he likes the most the people. “All of them are very cool and fresh – from management to junior developers,” he says. He likes the diversity of projects and the flexibility and opportunities within the company.

What he dislikes is that all of the time new things are happening – and along with the assets, they come with negatives like adapting very quickly which can be tiring sometimes, he says. Also, he would appreciate communicating more often with the management.

If Velichko has to sum it up, to him Melon is a very flexible environment made of cool people and opportunities to learn and grow.