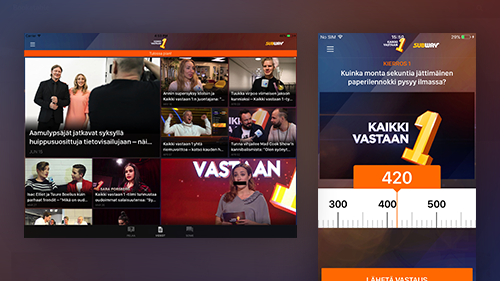 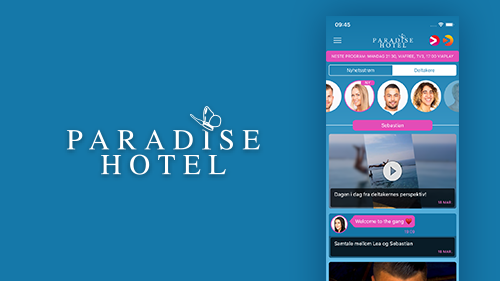 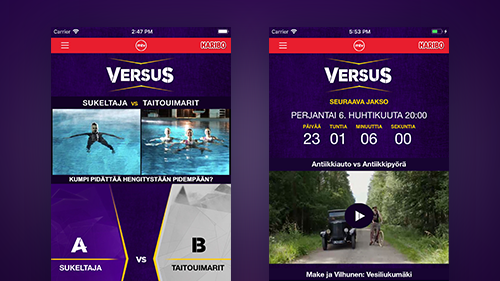 Banijay Group is a global production and distribution company creating premium content for television and multimedia platforms in all genres including entertainment, drama, factual, reality, docudrama and kids programming. It is the market leader in the Nordic region, producing more than 2500 hours of premium content per year.

Managing Director Andy Hoskings has more than 10 years of experience in producing digital propositions for TV shows. His focus within Banijay is to create world-leading apps and digital innovations within the group.

“Melon are the care-takers of our platform,” he says while visiting our headquarters in Sofia.

In 2018 Banijay Nordic Mobile and Melon in partnership delivered 6 audience apps, all of them went number one in the app stores all the way across Norway, Germany, Finland, Denmark. The company had around 2 million players and interactions involved in the apps.

The numbers are showing that more and more people are interested in those apps. Banijay Nordic Mobile owns a platform capable of distributing information in real time to a hundred of thousands of users. We at Melon maintain it. It is a platform that constantly needs tuning up because of its scale. We also make sure that everything works as it should, especially when the shows are live and the number of active app users skyrockets.

Paradise Hotel is a reality television format in which a group of single people live in a luxurious hotel resort to see who can stay the longest. Each week, couples must pair off and share a hotel room together. Those that are not set into pairs leave the show.

The Paradise Hotel audience mobile application is a content application designed for use during the series run. It gives fans access to more content like videos, articles, chat conversations from the hotel, Instagram posts, along with some play along with polls and activities.

Paradise Hotel hit number one in the app store before the show even started, which is a first. And the interest of it is absolutely massive. Users are returning day by day to check out new content. It’s been number one in the entertainment chart on iOS since it launched.

Can one contestant beat the entire nation?

The mobile app plays an essential role in the show. While the audience sits at home they are pitched against a contestant in the studio against a series of stunts and are all asked the same questions, based on the outcome of those stunts. Everyone in the country can play. The contestant answers alone, while the average of the viewers’ responses via the app determines the nation’s collective answer. Whosever answer is the closest banks the money at stake.

Norway – 25% of the TV audience played along with the app.

The audience plays for a guaranteed jackpot by predicting the outcome of eight titanic clashes. It might be a thrilling celebrity versus amateur battle, an astonishing man against machine contest, or a cross-discipline face-off between famous sports people.

We’ve been discussing ways of making the apps better and building new features. For the first time, this kind of partnership is going to influence the way TV shows are made. We are now in a position where the apps are proven to be so popular that the developers themselves can have a say how a TV show can be shaped, so they can build features that they’re interested in that are only going to make the apps better and therefore make the shows better as well.

• Over 2.5 million users have accessed our apps in a year;