Melon brought MAPtoSNOW to Android users - the mobile app that adds value and enjoyment to winter sports. Our client, the startup MapCase worked closely with us as technology partner to redesign and reimagine the app and create new Android and iOS versions. An award-winning project. 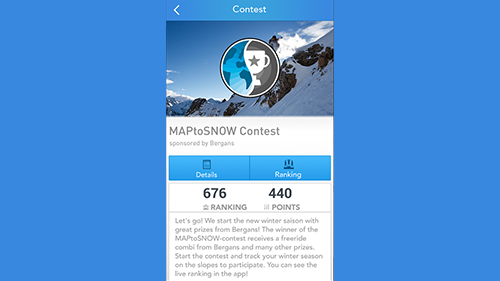 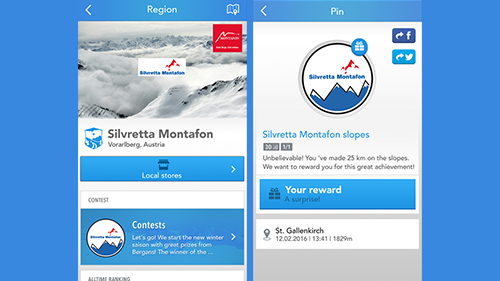 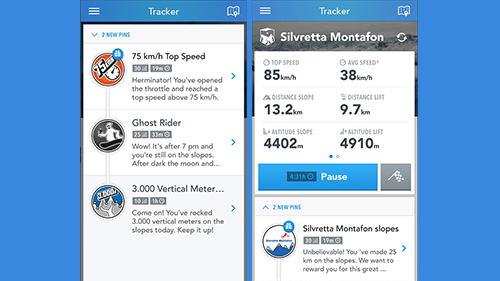 In 2011, MapCase had already published a successful iOS app called MAPtoSNOW exclusively for the Austrian ski resort Sölden. In its first two months, MAPtoSNOW was featured in the iTunes App Store and its users skied 11,000km on the slopes. As winter season 2012/2013 in Europe was approaching, MapCase was looking for partnerships to improve and scale the technology to more ski resorts. Eventually, one of our partners introduced Melon to MapCase and this turned out to be the beginning of a long partnership.

MapCase’s story is that of two brothers who share a passion for skiing and the idea that technology can add extra value and enjoyment to practicing winter sports. What is more, they take the next step and create a start-up to enable just that.

Having successfully published the iOS update on schedule, a couple of months later, the team MapCase and Melon had become took on the daring task to develop a new app for Android by Christmas. This gave us a little more than two months to build it, from scratch. Thanks to the scrum framework (Melon  is and agile organization) as a process backbone and their experience with Android OS, our team met the challenge heads-on. They successfully tackled the very short deadline and were ready for the release of the finished MAPtoSNOW app on Google Play right on time.

The application's main advantage is that it works closely with a growing number of popular European winter resorts. Via MAPtoSNOW, athletes can track their performance measuring top speed, distance covered, altitude, etc. On the other hand, the gamification layer turns the slopes into a real playground. Users win badges for their activity on the slopes and compete against one another. MAPtoSNOW's users were motivated to ski / snowboard more than 1.6mln km and collect 660,000 badges just during season 2012/13.

The business model is also exciting: the integrated location-based commerce platform brings users and advertising partners together. User activities are rewarded with coupons and goodies (such as free drinks) by MapCase's partners.

MapCase's initial idea was to create a separate app for each partnering resort - nine of them at the time. Melon prepared those nine customized versions and they were successfully released for both Android and iOS. However, in mid-2013, as the MapCase team was in preparation for the new season, they went for a full redesign of the application. Following the best practices, the decision was to release one universal, adaptable to users' location app instead.

Melon was the partner of choice entrusted with the development of the new, flexible Android and iOS applications. This new app was going to be developed in collaboration with MAPtoSNOW's in-house developers. Development work on the app normally continues throughout the winter season to ensure regular updates bringing more advanced and useful functionality.

The challenging task was to deliver custom content and services for different geographical locations through one app. Melon also had to coordinate and adapt to the process of another development team, who were simultaneously upgrading the server. We were again pursuing a strict deadline: one month to integrate the app with the server before the ski season in the Alps started in mid-October.

To meet the short deadline with a quality product, the app development required parallel testing (quality assurance) in order to discover and handle any issues that might postpone the release. Melon's QA team was essential in delivering a polished final product right on time. They also contributed full documentation describing the app's test cases, ready for reference and future use.

The app features information for over 200 winter resorts, some of which are actively partnering with MapCase.